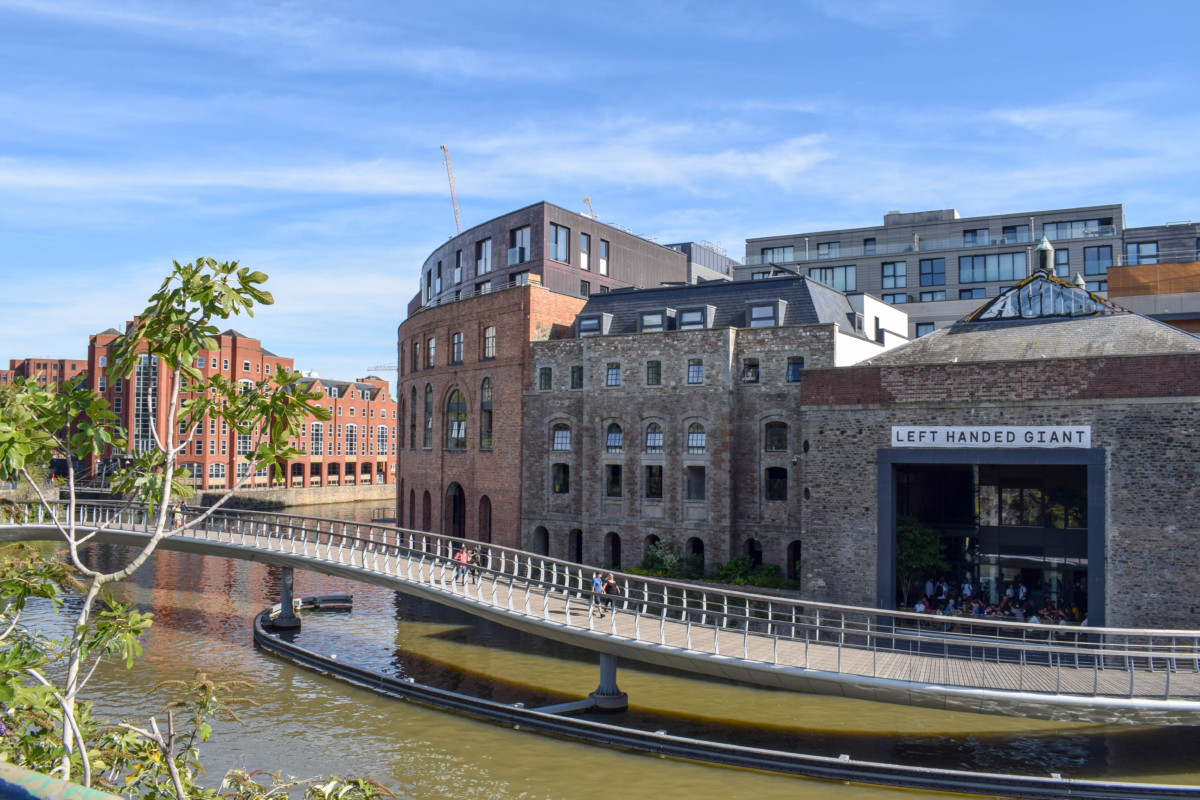 Sometimes there’s nothing better than being a tourist in your own city. Bristol Open Doors festival gives locals the perfect excuse to get out and explore the best bits of Bristol – from the city’s most iconic landmarks to its forgotten gems.

Now in its 26th year, Bristol Open Doors is inviting more than 80 venues, landmarks and architectural attractions to open their doors to the public for one weekend only (13th-15th September 2019) in a celebration of the city’s past, present and future. From guided tours and expert talks to visitor drop-ins, this is one of Bristol’s most beloved festivals and a real treat in the calendar for both tourists and locals alike.

Here’s a few of my favourite finds from this year’s event! 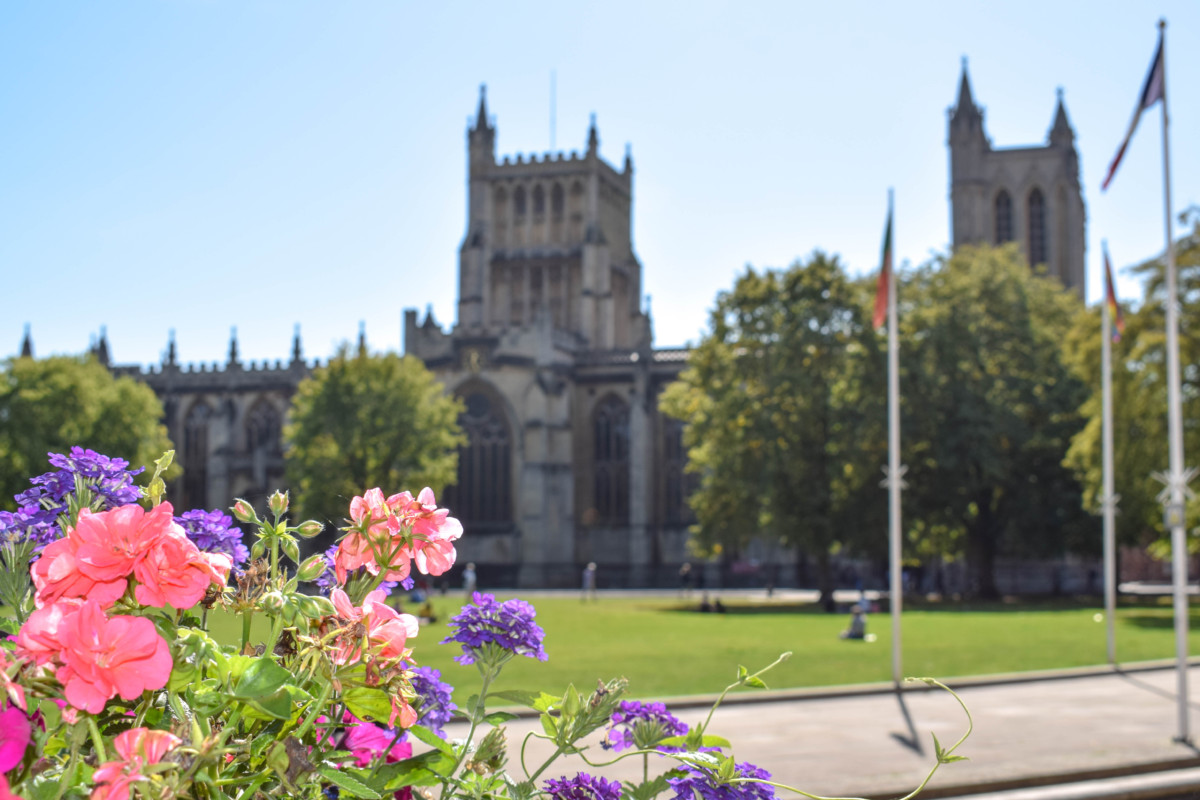 Located within leafy College Green, in the heart of the city centre,  City Hall is one of Bristol’s most recognisable landmarks and home to the local government. Thousands of locals and commuters pass this historic building every day but few get the chance to take a peek inside.

As part of Bristol Open Doors, City Hall is inviting the public to have a nose around the first floor, including the Lord Mayor’s Meeting Rooms, the Grand Conference Hall and the Council Chamber Rooms.

Throughout the rest of the year, the building can be hired out for private and corporate functions. 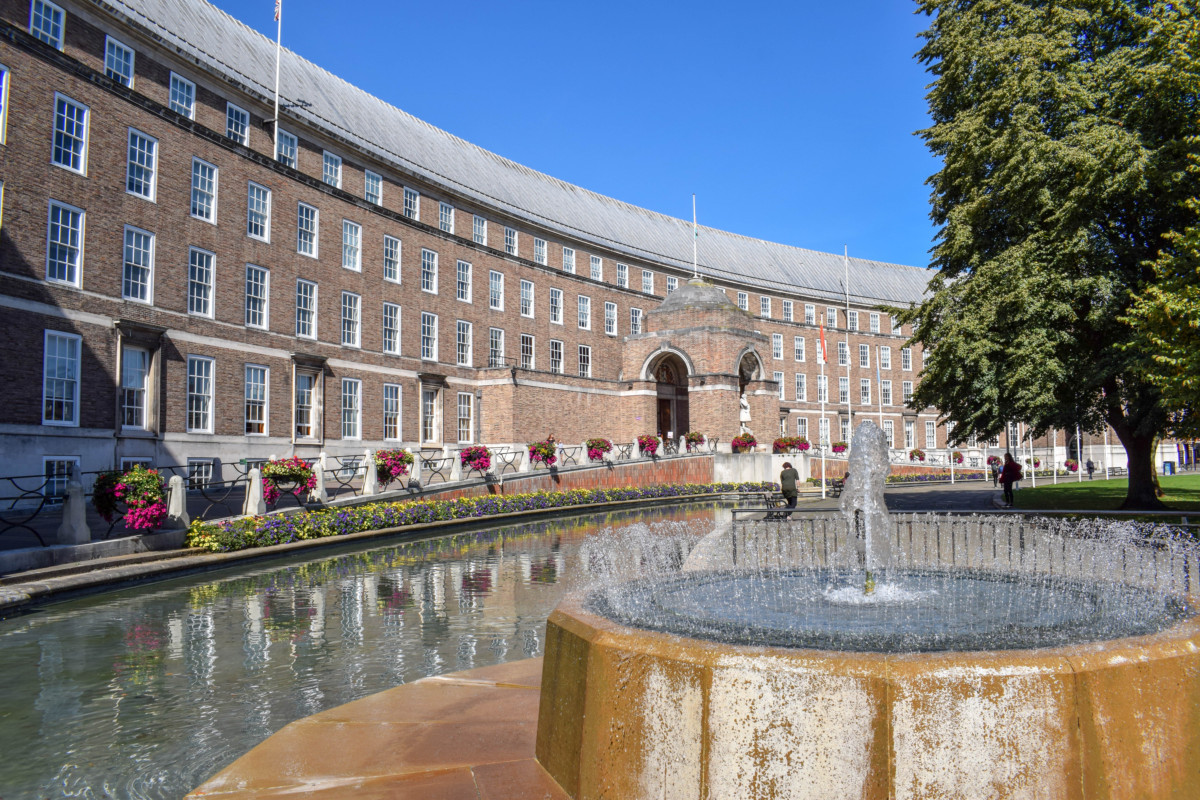 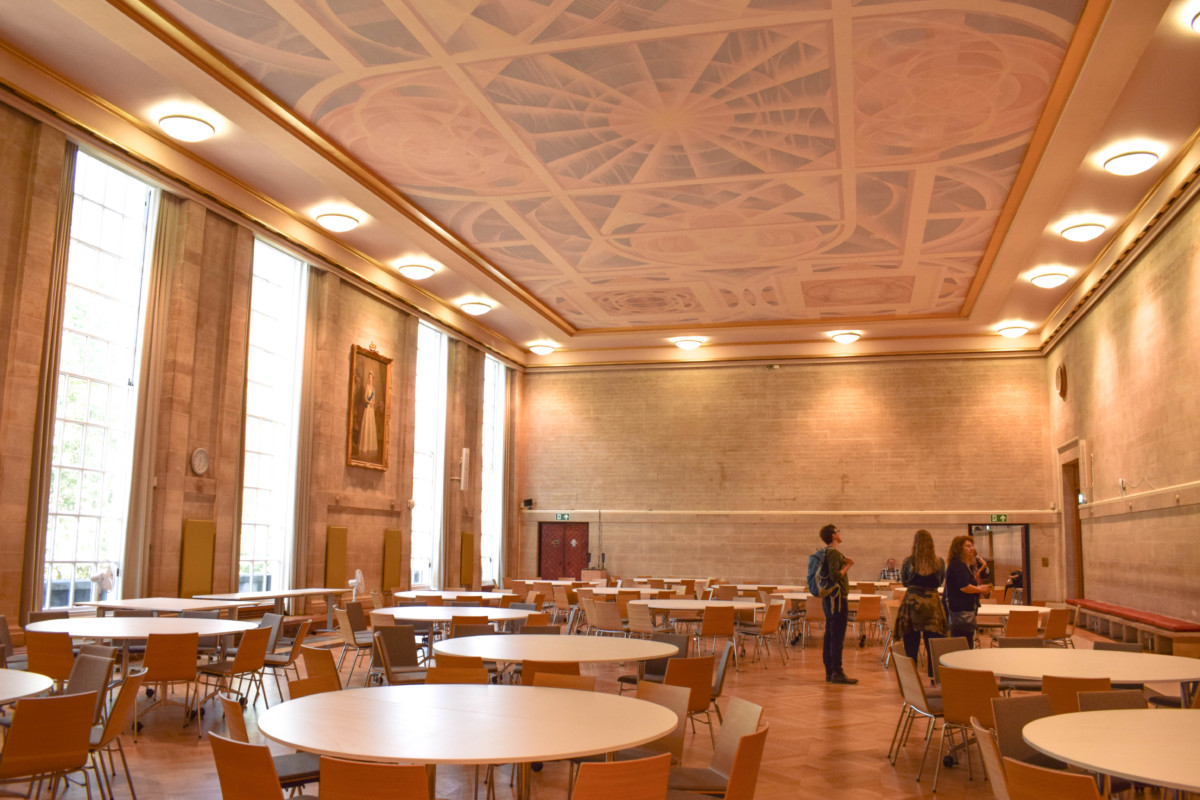 At the very bottom of Broadmead shopping quarter, you’ll find a vibrant multi-use arts centre with an unusual history.

The Island served as the city’s Old Police Station between 1930-2005 and a trip down to the basement will bring you face-to-face with the historic cells. The experience of walking along the deserted corridors and spotting the writing on the walls is eerie, to say the least, but a morbidly fascinating experience!

Since 2005, the centre – now run by Artspace Lifespace – has been at the heart of a number of major art and graffiti exhibitions and has been regenerated to become a creative hub for local artists and young talent across the city.

The Island opens its doors every year, as part of Open Doors Festival, and runs a lively programme of workshops, taster classes and activities, as well as opening up its studio and exhibition spaces for the public to explore. 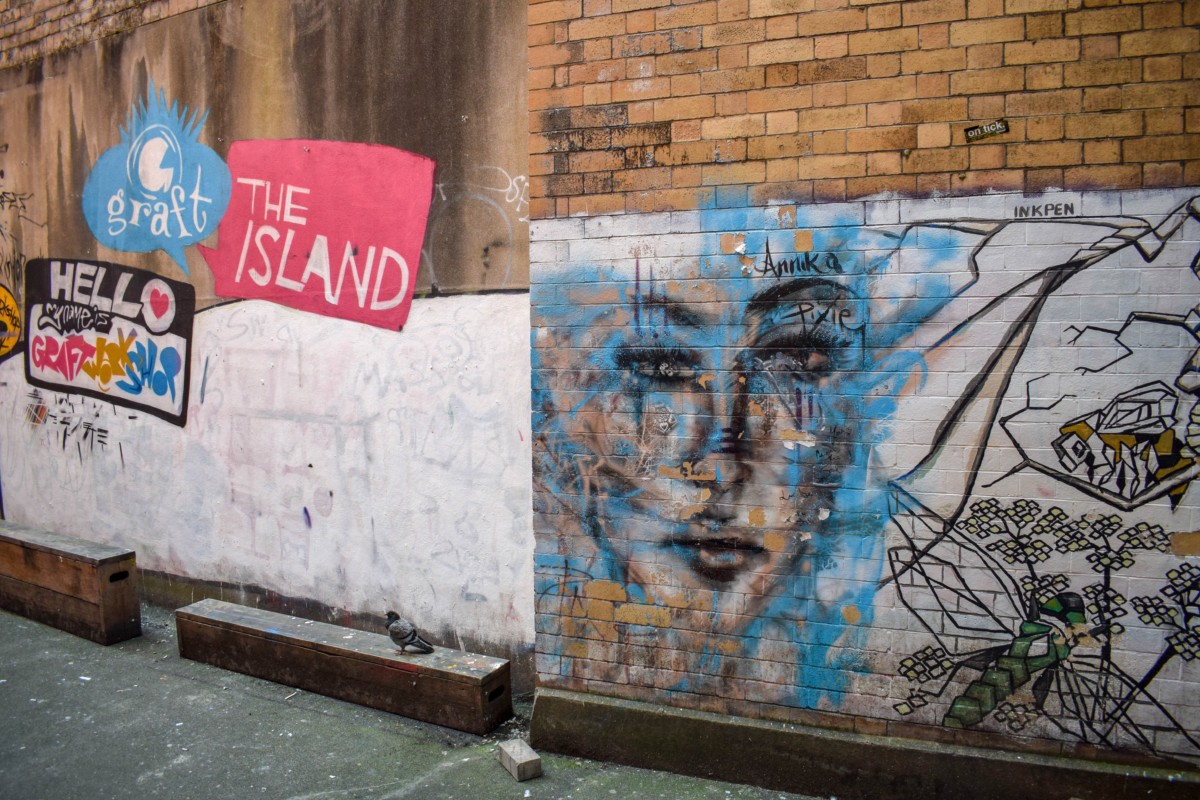 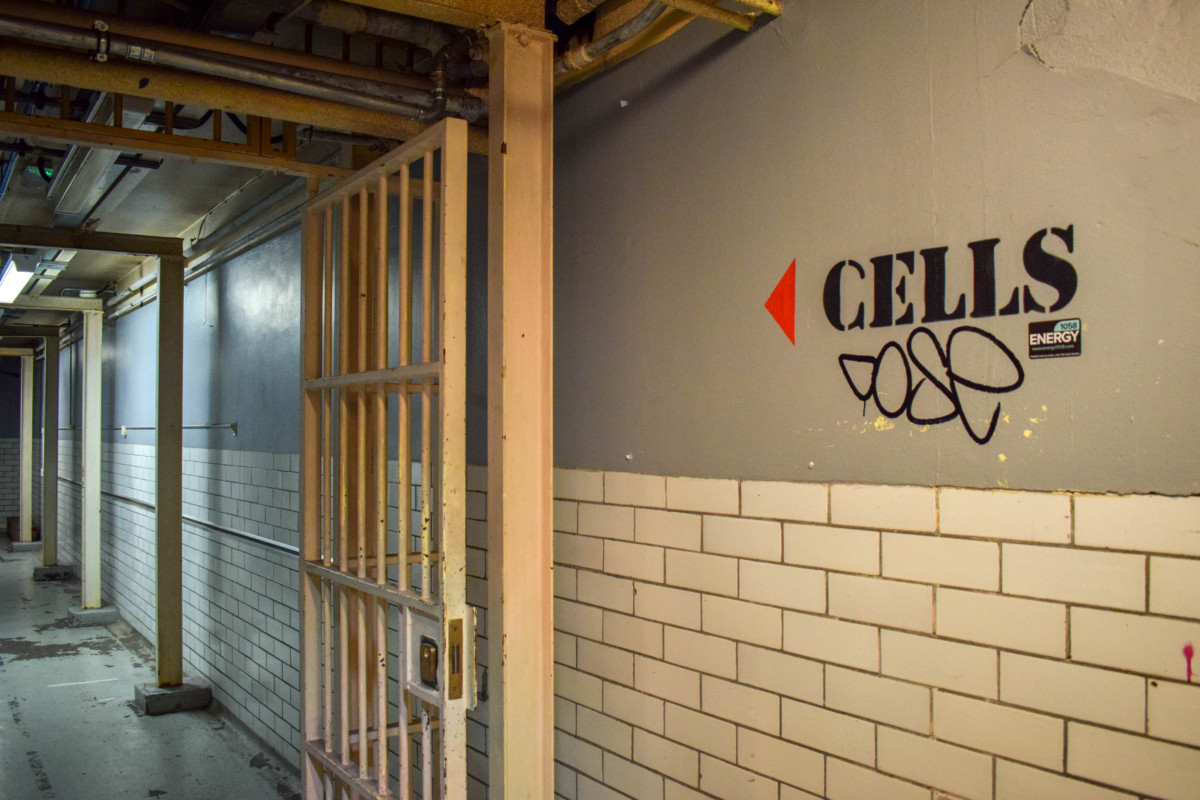 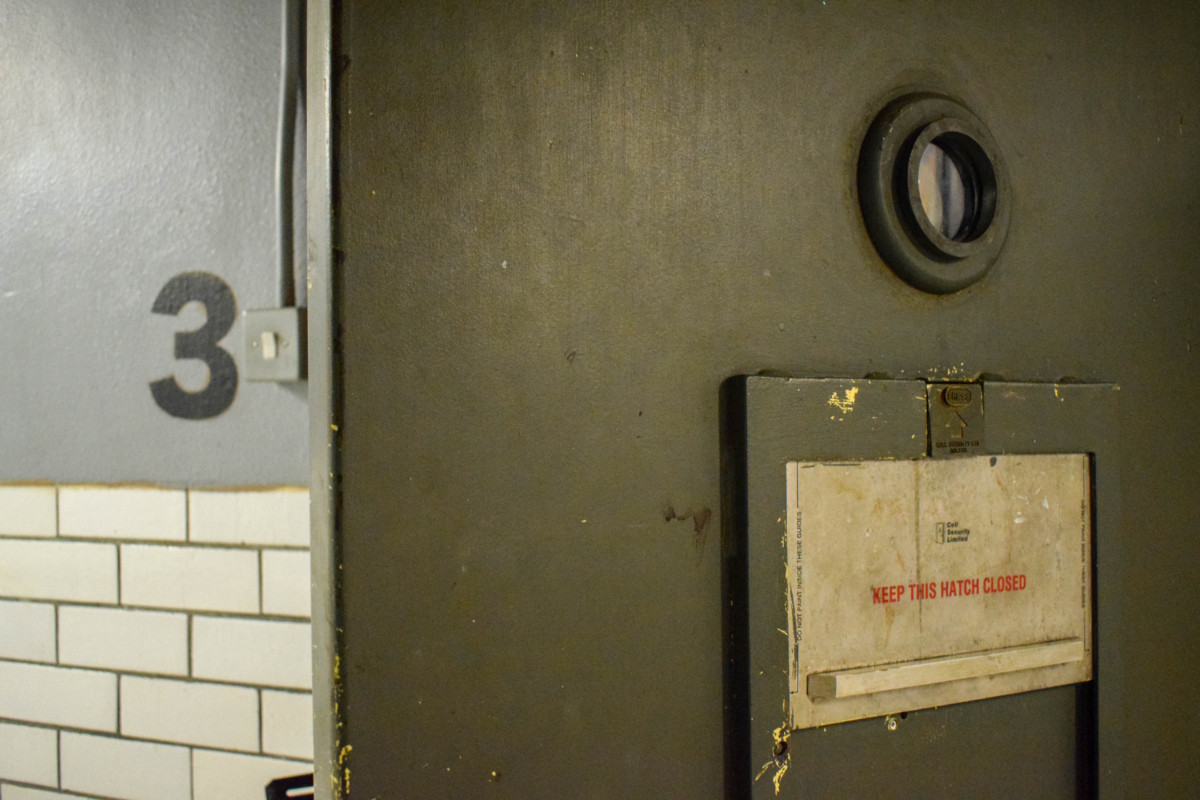 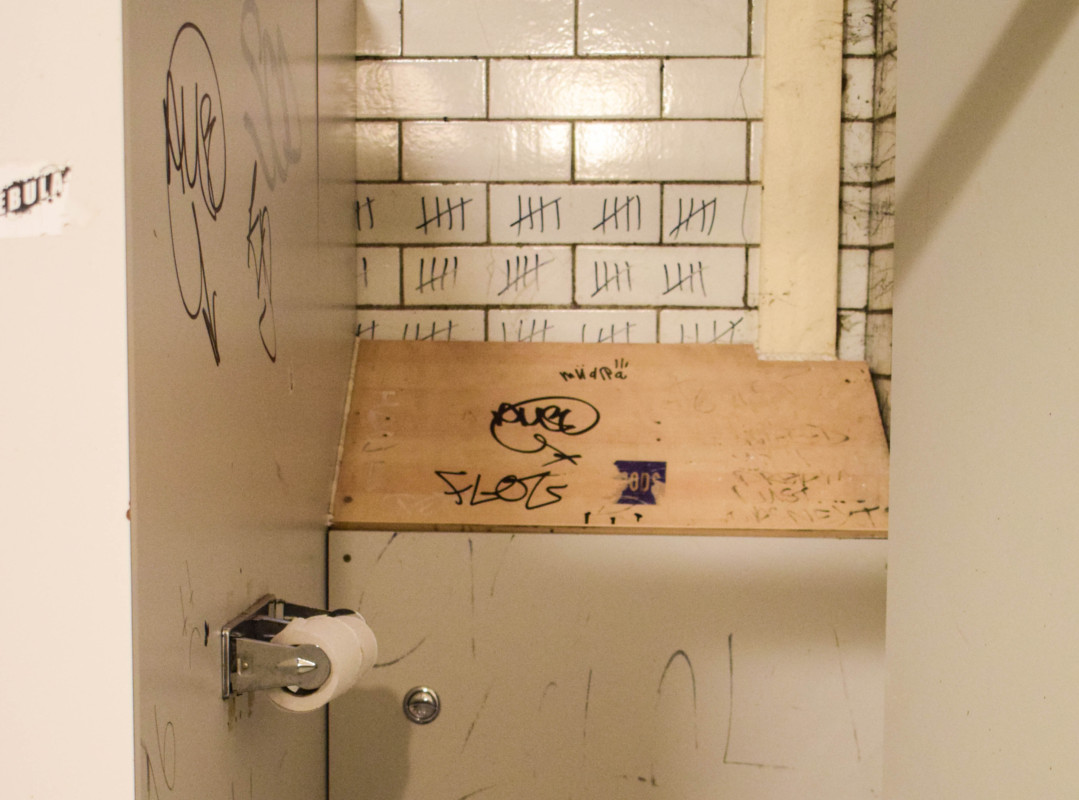 Located in the heart of the Old City, Saint Stephen’s ancient church stands in stark contrast to the modern office tower blocks that surround it. Step inside to admire the stained glass windows and discover the Secret Cafe, tucked away in a charming courtyard setting, where you’ll feel miles away from the hustle and bustle of the city.

Outside of Bristol Open Doors festival, Saint Stephen’s is open for visitors most weekdays between 9am-2:30pm. 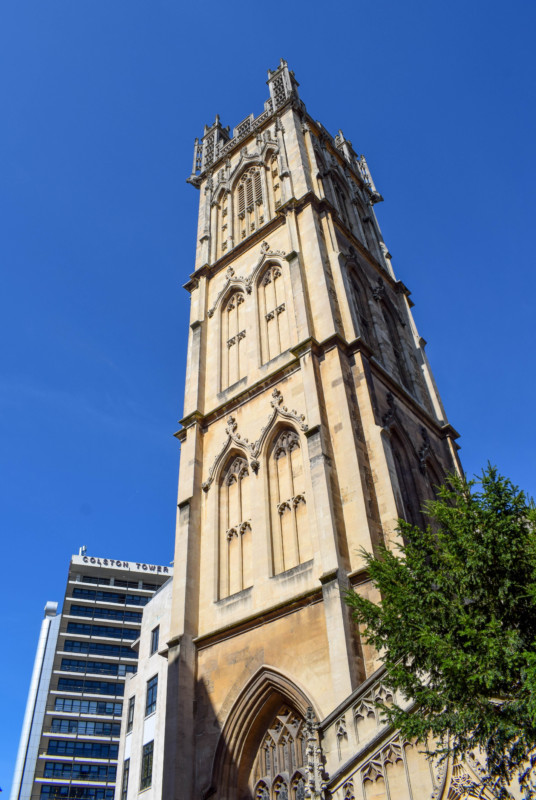 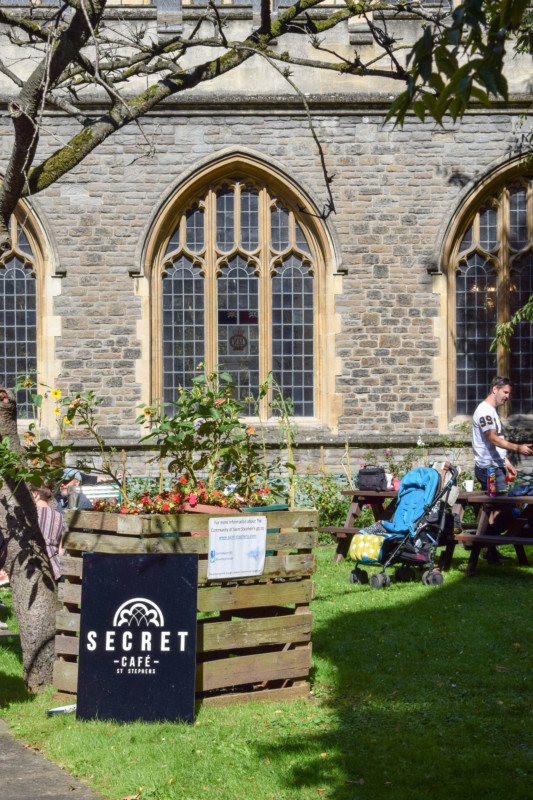 No matter how well we locals think we know Bristol, there will always be parts of the city that surprise us.

Hidden away behind Nelson Street is Tailors Court – a little piece of untouched history in the midst of the busy city-centre. Step back in time as you make your way through the alleyway into St John’s Ancient Churchyard. The site has been closed to the public for decades and largely forgotten from local history but the medieval burial ground has reopened up for the first time, this year, as part of Bristol Open Doors.

Bristol Heritage Forum is fighting to preserve the historic churchyard and to transform it into a public visitor site – if you want to find out more, check out BHF on Twitter. 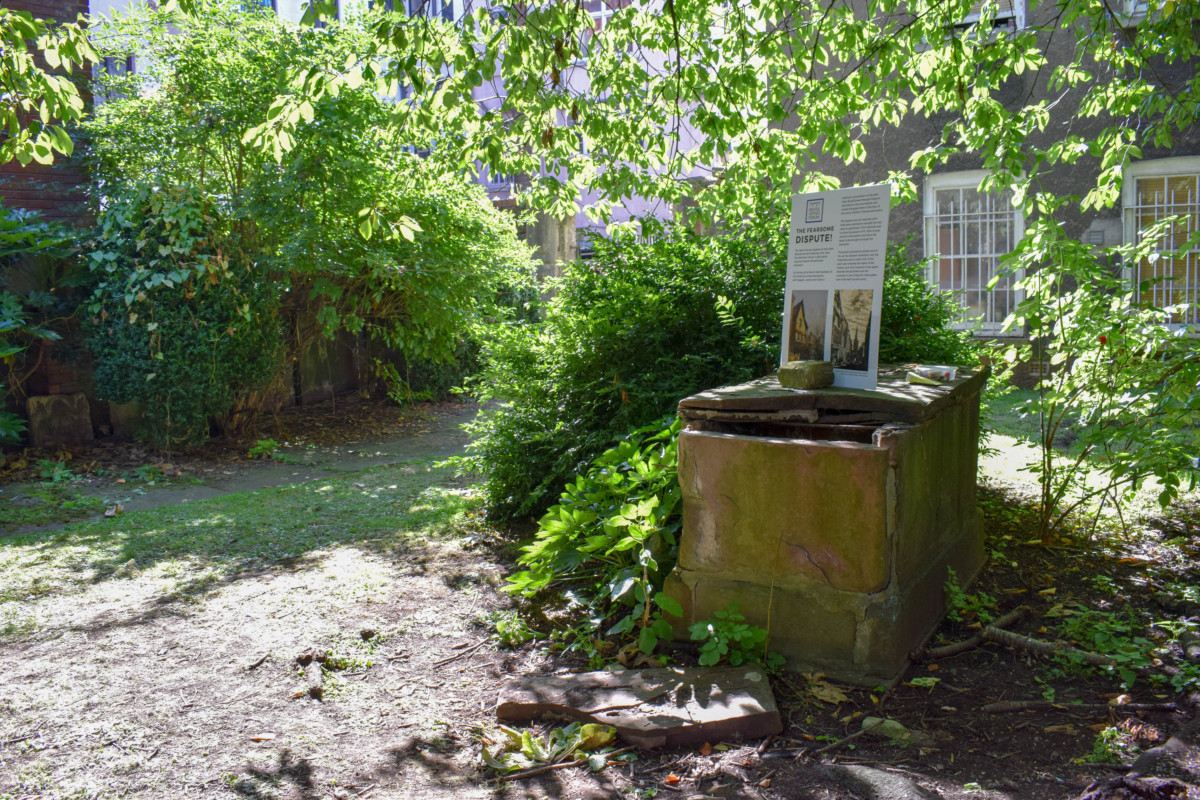 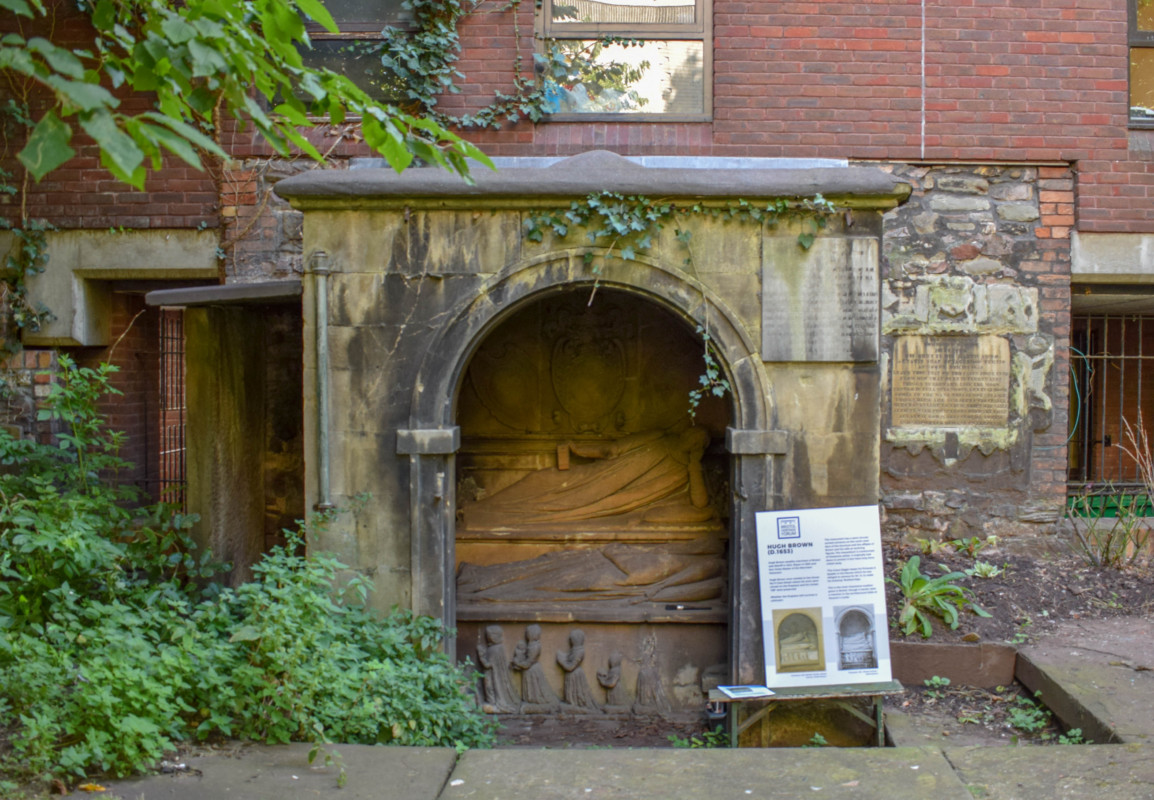 From the ancient to the brand spanking new, Finzels Reach is one of Bristol’s rising stars when it comes to architectural delights.

Located just opposite Castle Park, this attractive development of residential and business buildings is breathing new life into a part of the city that has been neglected for decades.

Left Handed Giant Brewpub is already bringing Bristolians to Finzels Reach in droves, thanks to its majestic open-front setting and fine selection of craft beers and this looks set to continue with a new weekly street food market and plans to develop a hub of independent restaurants and shops within the old Fermentation Buildings. 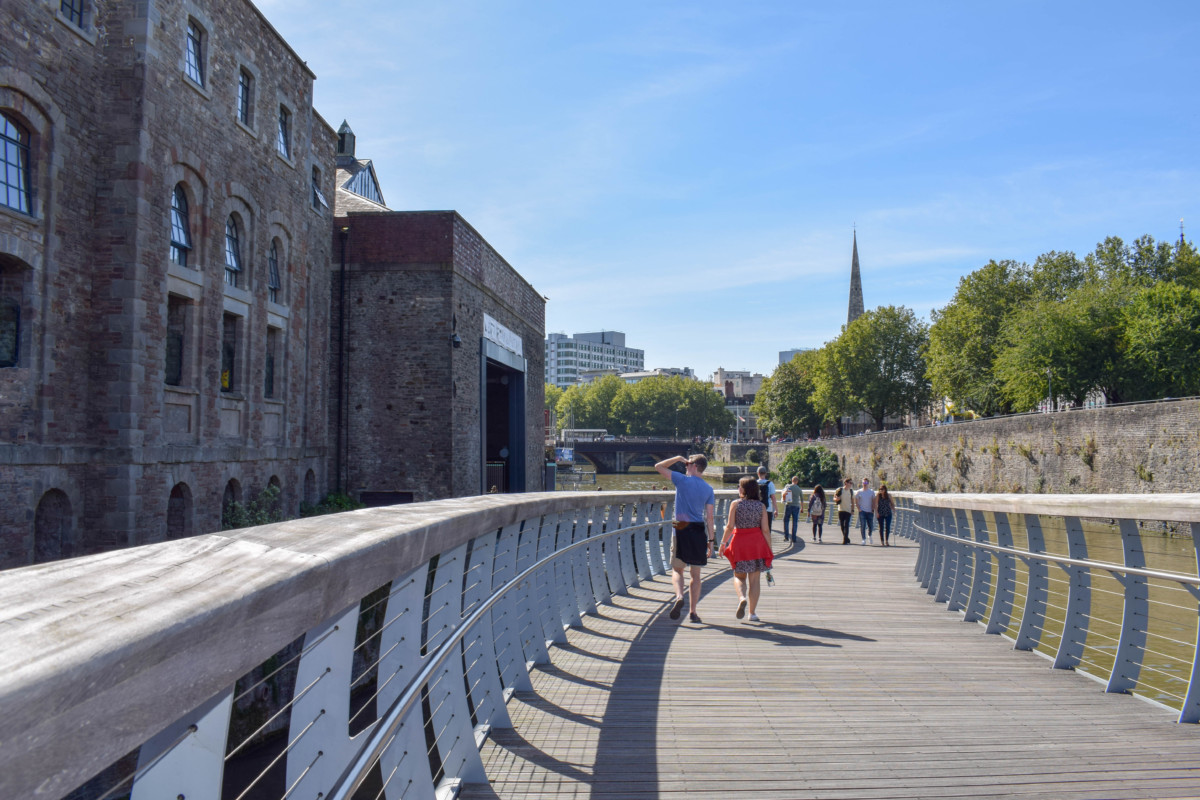 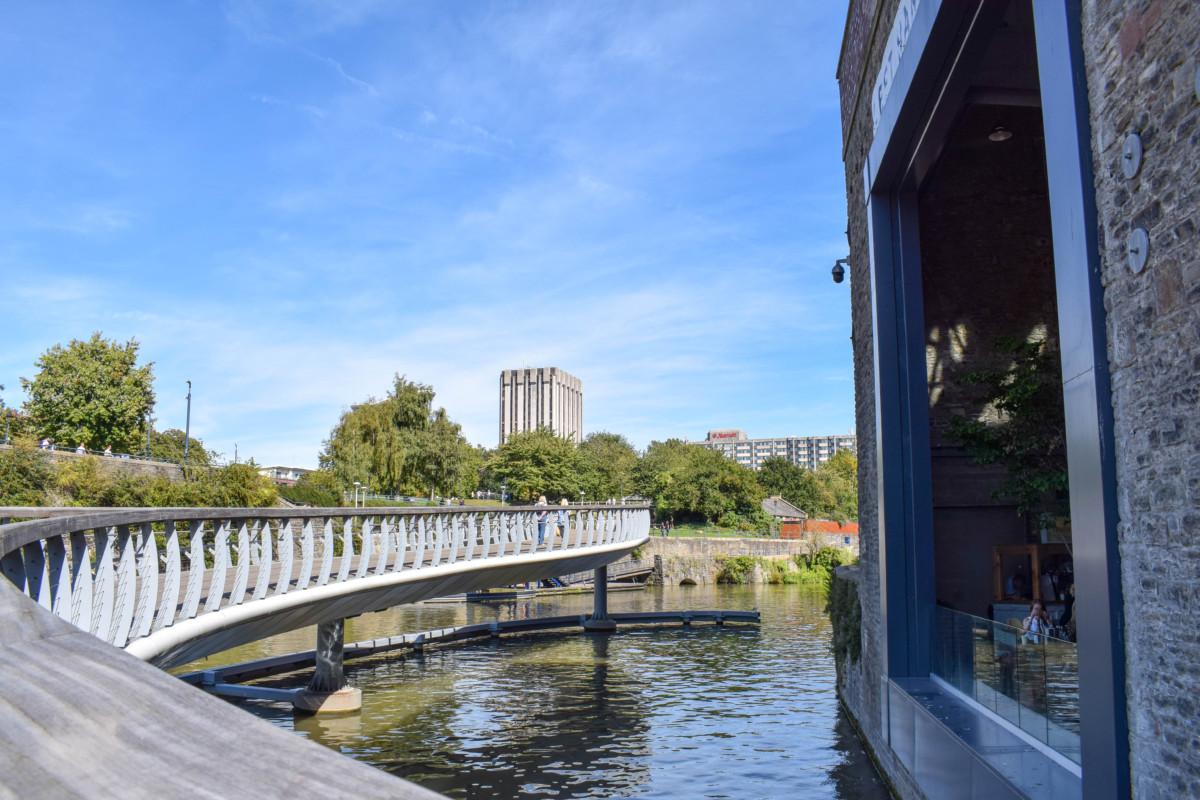 As part of Bristol Open Doors, Cubex developer Elgan Jones gave us a guided tour of the new waterfront development, including a sneak peek inside the new creative hub space where Channel 4 will be based, when it moves to Bristol next year. Care has been taken to maintain and restore many of the original features of the historic warehouse buildings and the result is a unique blend of old and new that has transformed this focal part of the city.

We also got the chance to walk along the brand new Harbour Walkway (open 8am-8pm daily) with dreamy views back towards Castle Park and Castle Bridge. 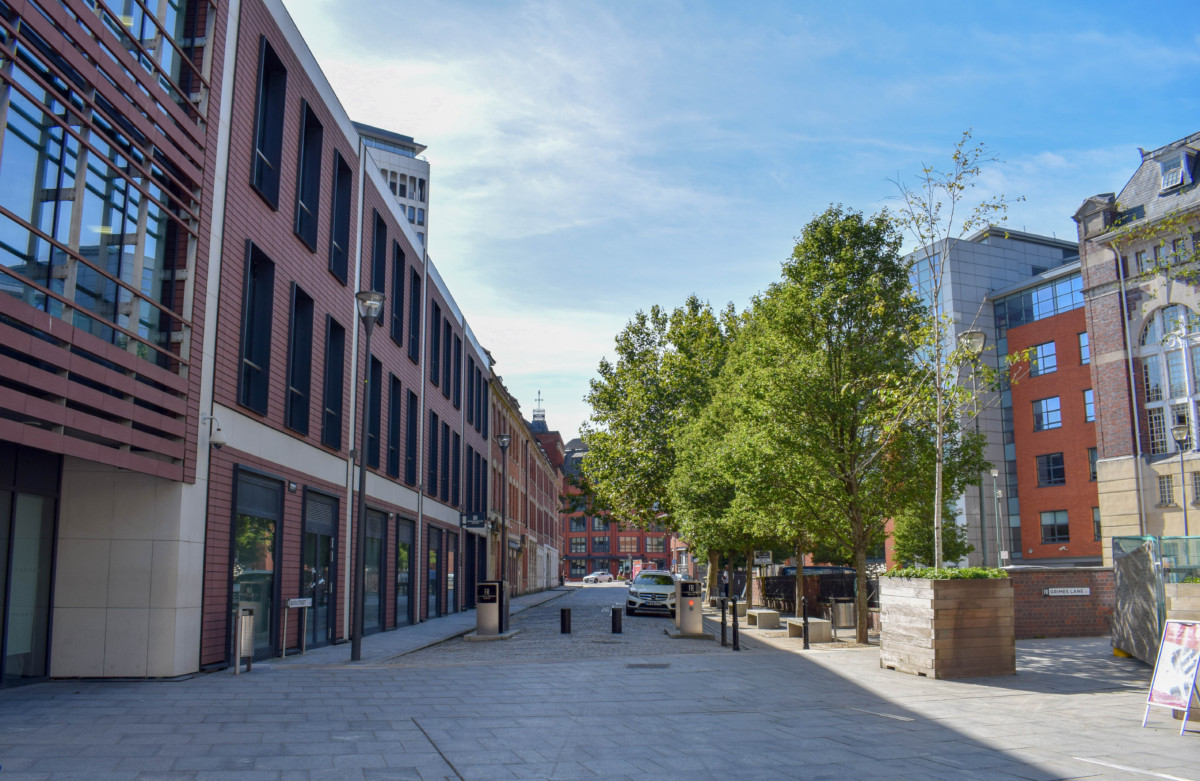 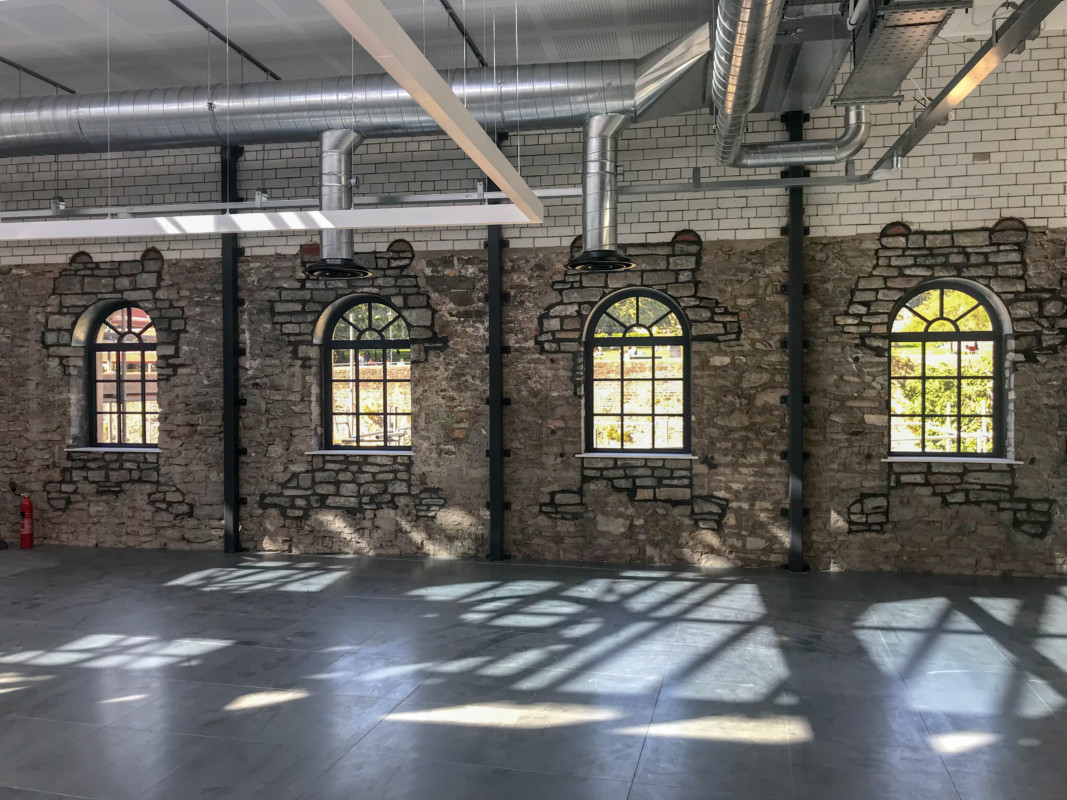 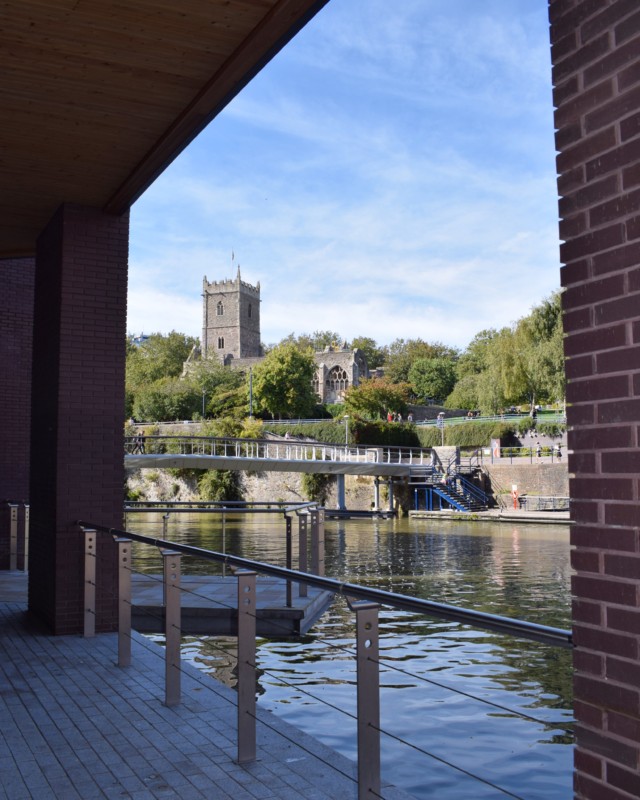 Did you know that St Mary Redcliffe is the tallest building in Bristol? Her towering spire measures at nearly 300 feet and can be spotted right across the city.

If, like me, you’ve only set foot in St Mary Redcliffe to belt out some Christmas carols (a highlight of the festive season and an absolute must-do in Bristol!) then you’re missing a treat. This has to be one of the most beautiful Gothic churches in the country and is well worth a visit in its own right.

Outside of Bristol Open Doors, the church is open daily for visitors between 8am-5pm (7am-8pm on Sundays). 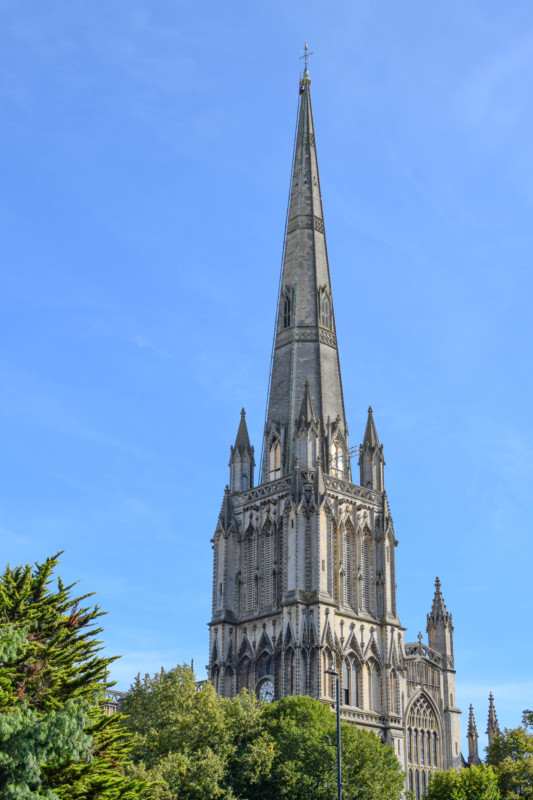 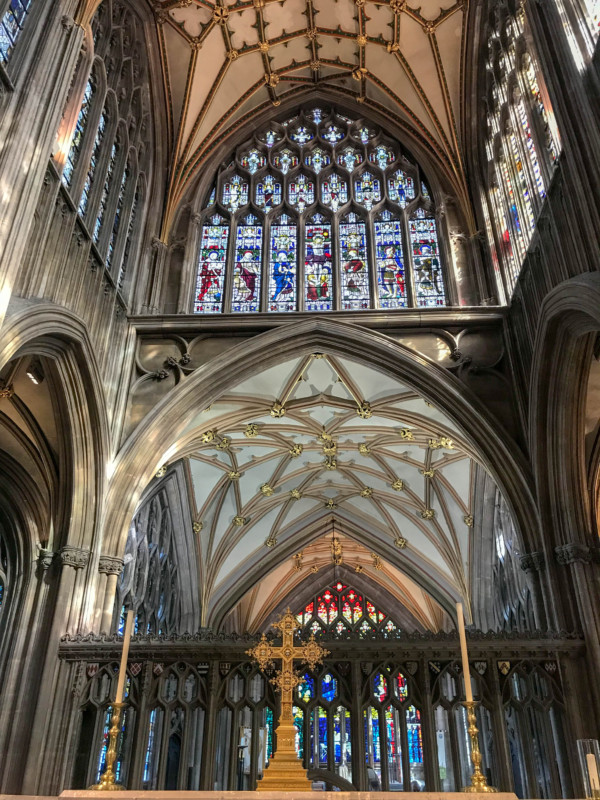 If you missed the festival, this year, I’d still recommend checking out the Open Doors programme for inspiration for planning your next day out in Bristol! There are plenty of hidden finds and I’ll certainly be using this as a reference point in future to uncover some of the city’s lesser-known attractions.